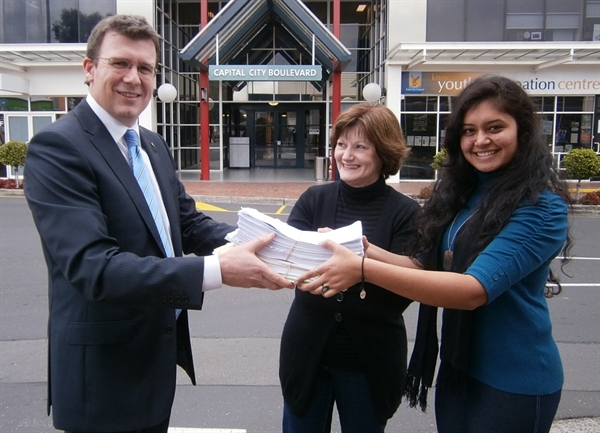 PARLIAMENT HOUSE, CANBERRA: I seek leave to continue the grievance debate in the last couple of minutes that we have.

Mr Tudge: Just in the last couple of minutes that we have before we rise tonight, I would like to say that the Minister for Mental Health and Ageing announced last week that a Headspace Centre would be based in the outer east of Melbourne in either Ringwood or Knox. This is a terrific outcome for the people of the outer east. There is a significant need for such services in our community, where the incidence of youth mental health problems is higher than the state average yet the services available are lower than the average in the rest of the state, or certainly in the rest of Melbourne.

I have been leading a campaign for many months now to try to raise the awareness of youth mental health in my electorate and to try to get a Headspace Centre based there. We have had a public forum. We have raised $19,000 in charitable donations, partly going towards the Headspace Foundation and also to the Butterfly Foundation.
We have brought attention to the issue through the local media, and we have led a petition which has received 10,000 signatures, which we believe is the second largest petition in Aston history. Of course, I would like to see the centre finally go in in Knox rather than in Ringwood, which is just up the road in the member for Deakin’s electorate. However, either way it is going to be a good outcome for the outer east—but I will certainly still be campaigning for it to be based in Knox. I would particularly like to thank my Youth Mental Health Committee for all the work that they have done—in particular Pauline Renzow and Prerna Diksha.

The DEPUTY SPEAKER (Ms S Bird): The time for grievances has expired and the debate is interrupted in accordance with standing order 192(b). The debate is adjourned and the resumption of the debate will be made an order of the day for the next sitting.