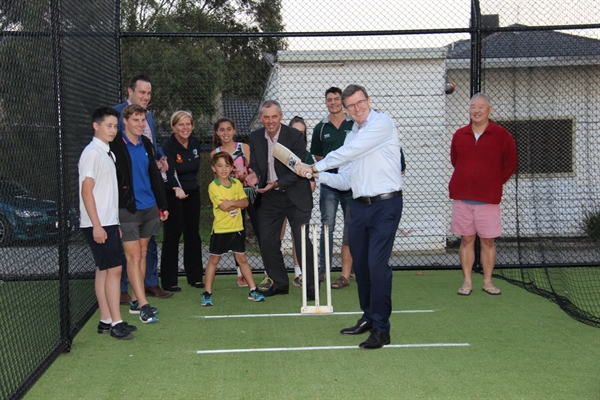 This was one of several election commitments Mr Tudge made during the 2013 election to improve local sporting facilities.

The Federal Government contributed $147,598 toward the first stage of the $235,872 project, which included the construction of four new cricket nets with retractable netting.

Planning for the second stage of the redevelopment, which will involve the construction of two netball courts with floodlights, is already underway.

Mr Tudge said the project provided the community with a safe, functional new facility that will be utilised to encourage young people to get involved in team sporting activities.

“Sporting clubs and facilities are good for the entire community. They keep kids engaged and off the street,” Mr Tudge said.

“Importantly, the clubs are often places for younger generations to be mentored by older ones.”

Stage One of the Walker Reserve Multi-purpose Training Facility project was jointly funded by the Federal Government with a $147,598 contribution, Knox City Council who provided $14,872 and Cricket Victoria who contributed $14,000.