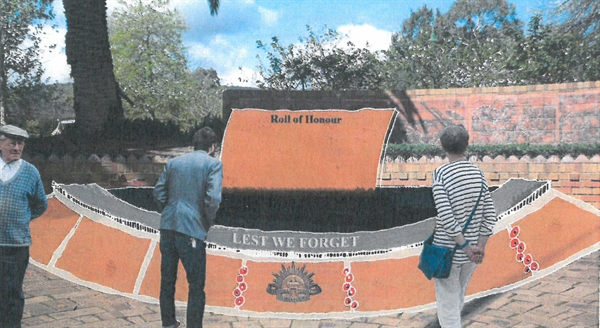 Federal Member for Aston Alan Tudge has reported to Federal Parliament on the progress of the proposed Knox Honour Roll, including the initial funding to date.

Mr Tudge along with local veteran organisations launched a campaign 12 months ago with the aim of having a significant memorial built at the Arboretum in Ferntree Gully completed in time for the ANZAC centenary commemorations in 2015.  He established a committee which he chairs to oversee the research, planning and to secure funding.

Mr Tudge outlined that he was pleased with the progress that has been made to date.  The Knox Historical Society had nearly completed the list of names, including the research and checking for accuracy.  He said that the plans have received support and an initial $45,000 from the Knox Council and State Government towards this $180,000 proposal.

Mr Tudge is pushing for most of the funding to come from federal sources and local fundraising.

Mr Tudge said he was pleased to see the proposal starting to become a reality.

“I am pleased to see the Knox Honour Roll gaining support and funding from Knox Council and the State Government.”

“This will be an honour roll which will give dignity to those who have paid the ultimate sacrifice to our nation.”

“We still have a lot of work to do, but it is making real progress and I am confident we will get there.”

“Thank you to all those who have contributed to date, including the Knox Historical Society who have done all the research work to ensure the accuracy and completeness of names.”