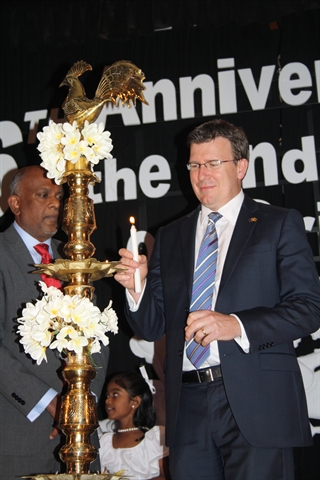 “We gather to celebrate your independence, your progress as a nation and also the tremendous contribution that Sri Lankan people have made in Australia and around the world.”

“We know that Sri Lanka’s 66 years of independence has not been without difficulties, but your nation has now emerged from those troubles. And with peace comes more freedom, more prosperity and greater integration with other nations,” said Mr Tudge.

“It is a strong a vibrant community, with participation and contribution across all aspects of our society – in business, in education, in the arts, and of course in governance with the former Governor of Victoria, David de Krester, being of Sri Lankan heritage.

“We are very proud of our multi-cultural society. We are proud of the Sri Lankan community and the contribution they make. And as a nation, we wish Sri Lanka well in its continued progress,” Mr Tudge said.