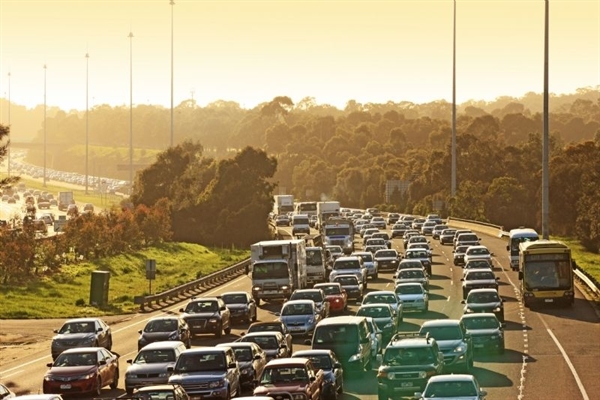 The Federal Member for Aston, Hon Alan Tudge MP, has called for action to address increasing congestion on the Monash Freeway in a speech to Federal Parliament.

Mr Tudge has been fighting for the East West Link and continues to do.  However, the Monash Freeway also needs attention.

“This is the most important road in Melbourne and is the key east-west arterial, catering for volumes of between 130,000 and 200,000 vehicles per day.  But this road is already very congested and is likely to get further congested in the years ahead,” Mr Tudge told the Parliament.

“People know the Monash as the ‘Monash Car Park’ at certain times of the morning and in the evening when traffic becomes a standstill.”

Mr Tudge noted that the benefits from the last major upgrade to the Monash have already been absorbed by increased traffic.

“After five or six years, the benefits have almost disappeared,” said Mr Tudge.

“The upgrade itself was only ever forecast to result in a modest period of respite for 10 to 15 years, but Melbourne’s population has grown far quicker than was forecast at the time, so we are nearly hitting peak capacity already.”

“We need to start immediately planning for a further major upgrade of the Monash Freeway.”

“In the short term, what we should be doing is improving the management of the Monash Freeway as well.”

“Traffic management systems can increase the capacity of unmanaged freeway routes by up to 25 per cent.”

“Now the Monash is being managed all the way up from the city to Warrigal Road.  It should be managed further as a matter of priority.  If we did this, it would take some immediate pressure off the Monash while we are planning and finding funding for a further major upgrade,” said Mr Tudge.