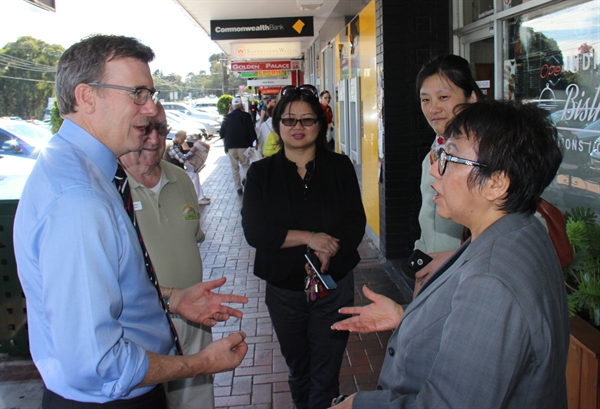 The Federal Member for Aston, the Hon Alan Tudge MP, has announced the delivery of security cameras for the Studfield Shops.

This was one of several election commitments Mr Tudge made during the 2013 election to improve community safety.

Thirty thousand dollars has been provided to the Studfield Traders Association for the purchase and installation of the security cameras.

These security cameras will enable the traders to monitor the shopping strip and will be another important tool in the effort to stamp out crime.

“This is a key election commitment of mine which has been funded and delivered,” Mr Tudge said.

“The security cameras at Studfield Shops, in conjunction with the new cameras at Mountain Gate and Wantirna Mall, will help to deter crime and provide police with a valuable resource to track down criminals.”

Other local safety initiatives committed by Mr Tudge at the last election include mobile security cameras for Knox Police, new security cameras at Mountain Gate and Wantirna Mall as well as better lighting at Scoresby Village and Alchester Village.