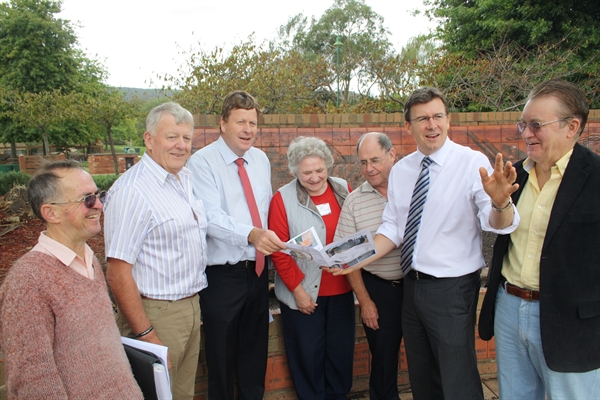 With the centenary of Anzac fast approaching in 2015, the ‘Saluting Their Service’ grants programme helps the Australian community from all walks of life to contribute to the commemoration of those who have served and continue to serve our nation.

These funds support local, community-based projects such as the restoration of wartime memorabilia, establishing new memorials and flag poles, and refurbishing existing memorials and local rolls of honour.

In Knox, work is continuing on the $180,000 Knox Major Memorial Honour Roll project, which will see the construction of an honour roll commemorating the servicemen and women from Knox who paid the ultimate sacrifice for Australia.

The Knox Honour Roll is due for completion by 1 November 2014, the centenary of the first ship leaving Australia’s shores to fight in World War I. The Honour Roll will be a major feature of the Tim Neville Arboretum in Ferntree Gully.

Modest grants of up to $4,000 are available for community projects, with additional Major Commemorative Grants available for large-scale projects with national significance.

Applications for the current round of funding are due by 1 July 2014.

“Schools, community groups, RSL’s and the Knox Council should consider applying for a grant for all projects commemorating the service of our soldiers,” said Mr Tudge.

Local community and ex-service organisations interested in applying should visit www.dva.gov.au/grants or call 133 254.