Over $60,000 awarded so far as latest round of sporting travel grants announced 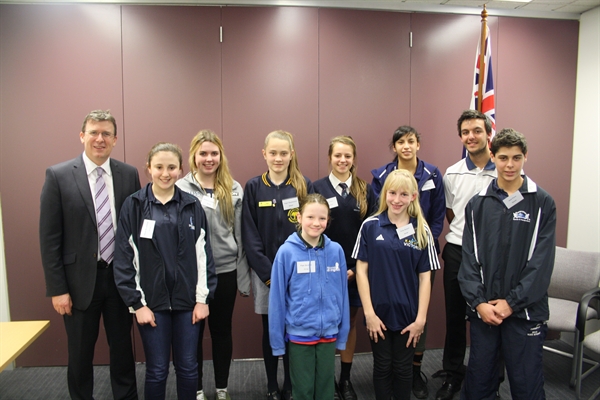 An International Junior skier, a rising tennis talent and a state diving champion were part of the 10 local young athletes to receive a helping hand as a part of the latest round of Federal Member for Aston Alan Tudge’s Local Sporting Champions Program.

The program recognises elite young Knox sportsmen and women who are compete at state or national level. The grant assists the recipient and their family with the cost of competing in national or state events where they are required to travel over 250km to compete.

Mr Tudge said over the past three years the program had resulted in over 130 young people receiving over $60,000 worth of grants.

“This has been a fantastic helping hand to over 130 up and coming Knox sports champions,” Mr Tudge said.

“The costs of equipment, uniforms and travel can really add up for families.”

“Over the past three years we have given our over $60,000 to help Knox families cover the costs of travel so that their kids can take part in these sporting events.”

“Well done to this latest round of rising local sporting stars.”