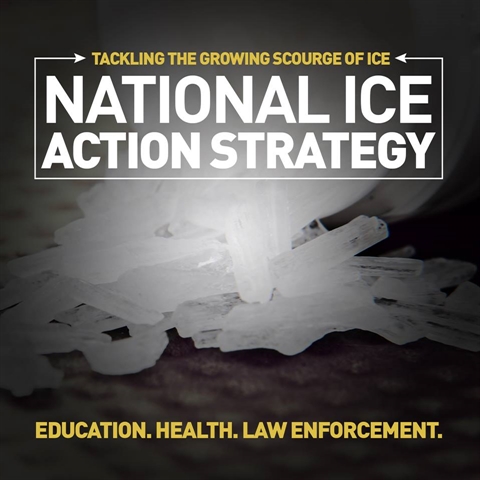 The Federal Member for Aston, Hon Alan Tudge MP, has welcomed the announcement of a National Ice Action Strategy to tackle the growing ice epidemic in Knox.

Announced by the Prime Minister and Minister for Justice, the National Ice Action Strategy will coordinate action from all levels of government and police to ensure targeted, efficient and effective solutions to the spread of ice.

The first step of the Strategy is the establishment of the National Ice Taskforce, which will examine all existing efforts to address ice and identify any gaps.

The Taskforce will provide an interim report to the Prime Minister by the middle of 2015.

Local residents and expert groups are encouraged to put in their submissions on what can be done to tackle ice once public submissions open in the near future.

Anglicare Victoria’s Family Alcohol and Drug Service, and Comorbidity Project supporting drug rehabilitation in Bayswater, have been given additional funding to mid-2016 by the Federal Government.

“Drug dependence, particularly ice, is becoming rife in many communities and is tearing apart young people and families.”

“The ice use rate has almost doubled in the last twelve months alone.”

“This is a shocking figure that needs to be tackled head-on.”

“I encourage every parent, sports club or community organisation concerned about ice in our local area to make a submission.”

“Look out for more information about how to make a submission and updates on the National Ice Action Strategy on my website and Facebook page in the coming months,” said Mr Tudge.