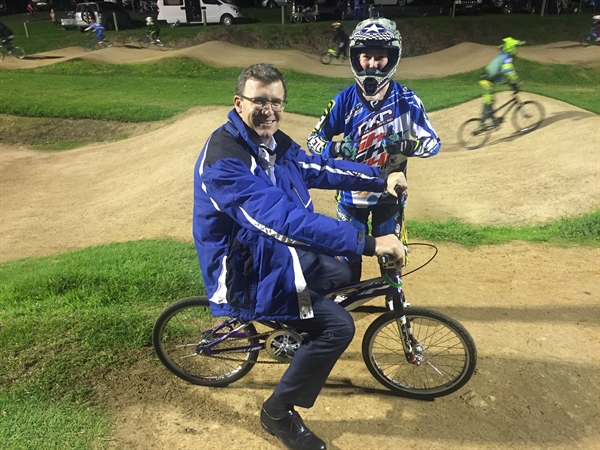 The grounds are also used by football and cricket clubs from around Victoria and cater for over 1,000 families.

The Knox BMX Track in Knoxfield will receive $149,000 to build a new storage facility and starting gate into the main hill.  The Knox BMX Club has been calling for these new facilities for several years.

These projects are in addition to the 12 local sporting upgrades announced by Mr Tudge in 2013.  Ten projects have been completed and delivered.

Templeton Reserve in Wantirna South received $120,000 for an oval upgrade and is due to begin its upgrade in October this year.

Knox Gardens Reserve in Scoresby received $110,000 for its oval upgrade. Planning has been completed, with Knox Council responsible for the delivery of the project.

“This is a major investment in local sporting grounds in Knox,” said Mr Tudge.

“I firmly believe that sports facilities are good for the entire community, keeping kids engaged and off the street.”

“Importantly, the clubs are often places for younger generations to be mentored by older ones.”

“The new lights mean the Ferntree Gully Eagles will be able to train at night on their main oval.”

“The Ferntree Gully Eagles have been calling for the new lights, the missing piece of their home ground, for years.”

Only the Turnbull Coalition Team has a Plan for a Strong New economy, carefully structured to provide jobs and growth and a secure future for local families.