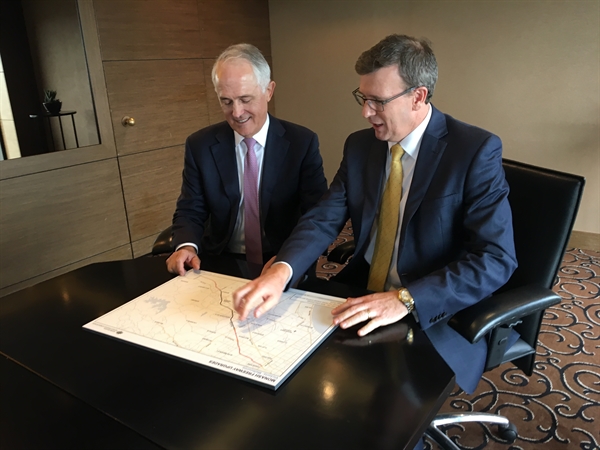 Most significantly, $500 million was allocated to expand the capacity of the Monash Freeway from Clyde Road in Berwick all the way through to Warrigal Road.

Mr Turnbull also re-committed $3 billion of Federal funds for the East West Link for whenever a State government will build it.

This is a vital road and we are going to maintain the pressure to see it built.

The Herald Sun reported the Federal Member for Aston, Hon Alan Tudge MP, as being a key architect of the plan.

Mr Tudge said that this was a plan, “to get Melbourne moving again”.

“Anybody who travels on the Monash knows it is a carpark in the mornings and evenings,” Mr Tudge said.

“The plan will see extra capacity on the Monash to get it moving again. This is the key road that so many residents in the southern half of Knox use.”

“In addition, we maintain our absolute commitment to get the East West Link built and have kept $3 billion on the table to see it done.

“Local residents are still white-hot with rage over Daniel Andrew’s decision to waste $1.1 billion NOT to build the road.  It is desperately needed and we are going to keep up the pressure.”