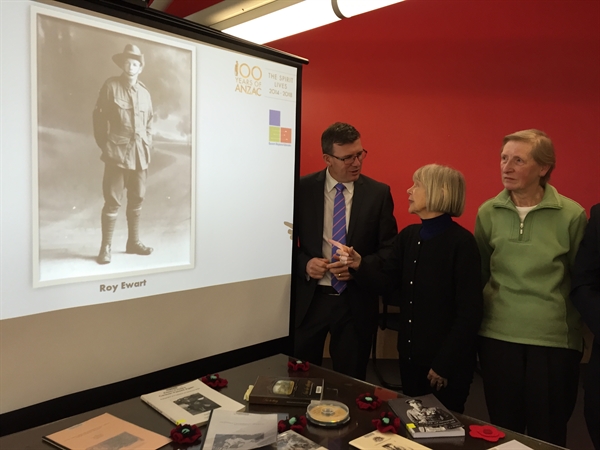 Funded as part of the Anzac Centenary Local Grants Program, the database provides an online tool for the community to access information on over 9,000 local servicemen and women who served in the First World War.

Since October 2009, a local history librarian and volunteers collated a wide range of data on each of those individuals involved in the First World War who cover the geographic area of Eastern Regional Libraries.

Each record lists the name of the person who served, their rank and service number (if known), whether they died on active service, where the name is mentioned and whether a photograph is available.

The funding from the Anzac Centenary Local Grants Program has enabled the data to be converted to the community database that can be accessed on the ERL website.

“The database will assist those wanting to trace family who served in the First World War,” said Mr Tudge.

“Schools will also benefit from the new database through a new wealth of information that can be used to learn about our community’s First World War history.”

The database can be accessed via the Eastern Regional Libraries website at http://local.erl.vic.gov.au/local.php?code=ww1