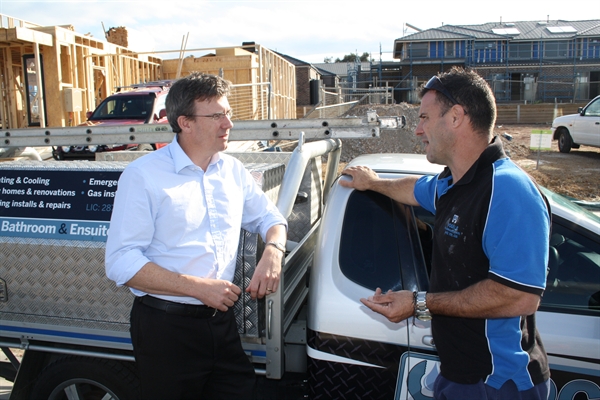 Local business and local jobs will be the big winners from a cut to company tax announced by the Coalition.

The Coalition has announced that if elected to Government they will cut the company tax rate by 1.5% from July 1, 2015. The announcement will not only be a boost to local business it will also help protect jobs in the Knox area.

Federal member for Aston Alan Tudge MP said thousands of business in Knox will benefit from the cut.

“I know that Knox businesses are under pressure and people are concerned about their job security.  Cutting company tax will increase investment and jobs and build a stronger economy with higher wages”

“Local businesses are doing it tough with thousands of new regulations, the carbon tax, the latest FBT hit and uncertainty in the economy – and they need relief from cost pressures, just like families do.

“This announcement and my recent commitment to invest $90,000 in security cameras for Mountain Gate, Studfield and Wantirna Mall is all part of our plan to help local business and protect jobs,” he said.