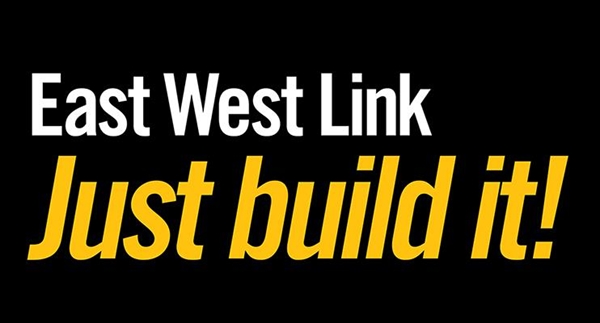 This week, Premier Andrews said he wanted to build a new tollway including a second river crossing and an expanded CityLink and Tullamarine road network.

Under the proposal, eastern suburbs motorists would pay over a decade of extended tolls to use existing roads without any fix to the full stop of the Eastern Freeway at Hoddle St.

Mr Tudge has been fighting for East West Link for several years on behalf of all Knox residents.  It is a much needed infrastructure project for Melbourne that would reduce travel times, ease congestion on our major roads, and create 7,000 jobs for Victoria.

It was an election commitment of the Federal Coalition to fund $1.5 billion to get Stage 1 of East West Link built.

“Dan Andrews threw $640 million on the bonfire for nothing in return when he scrapped East West Link,” said Mr Tudge.

“Now, he’s announced eastern suburbs motorists will pay at least an extra decade of tolls on existing roads with no plan to ease the Hoddle St bottleneck.”

“Melbourne’s population is growing by 100,000 people every year, yet Dan Andrews refuses to build a vital piece of infrastructure for Melbourne for the next century.”

“Traffic is already at a standstill at Hoddle St. Imagine it in five years with an extra half a million people living in Melbourne,” said Mr Tudge.