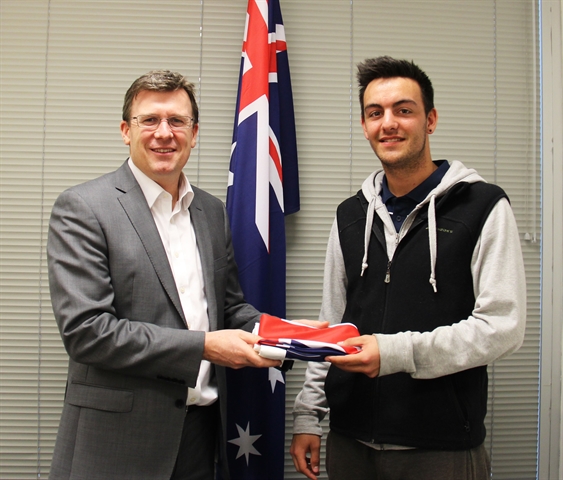 The Federal Member for Aston, the Hon Alan Tudge MP, today presented an Australian flag to a local Knox tennis champion who is heading to the United States in August on a sports scholarship.

Alex van de Steenoven, age 19 from Rowville, has been awarded a sports scholarship to study at the Grand Valley State University (GVSU) in Michigan, USA for the next four years.

Alex will be studying towards a degree in Athletic Training at the university, with an aim of returning to Australia and becoming a PE teacher.

“I was proud to present the Australian flag to Alex to proudly fly for the country when he competes in the United States,” said Mr Tudge.

“It’s great to see Alex has continued to work hard since representing Victoria last year, to now being awarded a sports scholarship to study and compete at the highest levels in the United States,” said Mr Tudge.