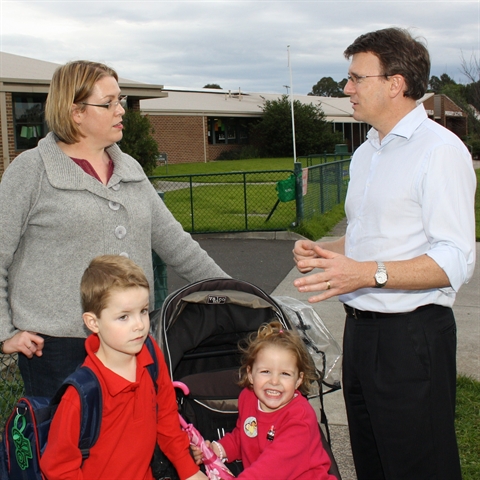 In a speech in Parliament, Federal Member for Aston, Alan Tudge MP, has called on the government to act immediately to provide relief for Knox families struggling with the rising cost of living.

The call comes as official ABS statistics shows that the cost of essential household items have skyrocketed since 2007. Electricity has risen by 90% partly due to the Carbon Tax, Water by 64%, gas by 60%, education by 31%, medical and hospital costs by 38% and childcare costs by 15%.

In his speech, Mr Tudge outlined the actions the government must immediately take action to address the rising cost of living in Knox.

Mr Tudge said the government was contributing to the rise in prices by:

“People tell me in Knox on a weekly basis that prices are going up at an alarming rate under this government,” Mr Tudge said.

“Government policies such as the world’s biggest Carbon Tax is squeezing the household budgets of Knox families.”

“What the government has been doing is not alleviating cost-of-living pressures but rather making them worse.”

“The Government must act now to address the rising cost of living to help local families make ends meet,” he said.