Knox residents, business and manufacturing to benefit from Coalition’s plan for the future 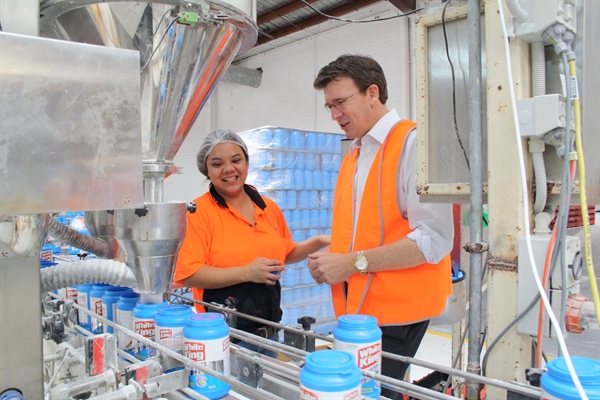 Alan Tudge, Federal Member for Aston, said the release of the Coalition’s plan for Australia would be welcomed throughout Knox.

The plan, released on Sunday, reaffirmed commitments to inject $1.5 billion into the East West Link project, establish a green army to tackle local environmental project around Knox and funding for CCTV camera’s and other community safety measures across local communities.

“Our Plan – Real Solutions for all Australians” was released by the Opposition Leader, Tony Abbott on Sunday and explains the direction, values and policy priorities of the next Coalition Government,” said Mr Tudge.

“From a local perspective, this means real action for Knox on the issues that matter to local residents.”

“Most importantly it will immediately take the pressure off families and Knox manufacturing by scrapping Labor’s carbon tax.”

“Every day between now and the next election, I will be talking with residents throughout Knox about our plan to build a strong and prosperous economy and a safe and secure community”, he said.

A copy of the coalition’s plan to build a strong, more productive and diverse economy through lower taxes, more efficient government and more productive businesses can be downloaded from www.realsolutions.org.au.