Knox Relay for Life raises over $100,000 for Cancer Council 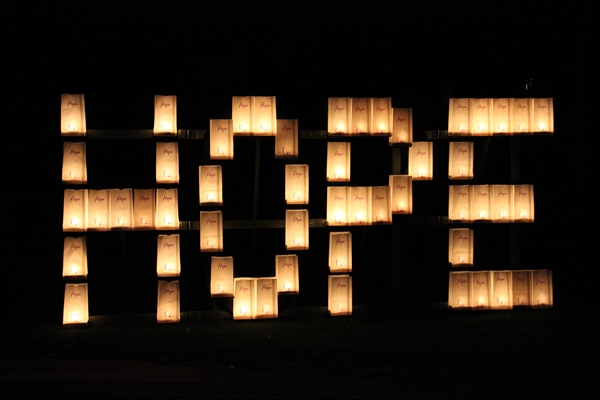 The Knox Relay for Life, held over the weekend at the Knox Athletics track, has been a stunning success by raising over $100,000 for the Victorian Cancer Council.

Last year’s Relay raised over $70,000 for the Cancer Council which set a major challenge for this year’s organisers to try and beat. With sixteen more teams competing compared with last year, the target figure was smashed with donations still being received in support of teams.

The Federal Member for Aston and Relay Patron, the Hon Alan Tudge MP, said the relay was an extraordinary achievement which showed the strength of the Knox community.

“Raising over $100,000 for the Cancer Council highlights what the Knox community can achieve when we pull together to support a worthy cause,” said Mr Tudge.

“There were hundreds of people walking or running throughout the night, showcasing the strength of the teams who competed.”

“The Knox Relay for Life is one of the best community events in Knox, year after year.”

“Congratulations to Amy Hillier and the organising committee for their hard work and dedication which was clear throughout the night and many months of planning.”

Over 700 people are diagnosed with malignant cancer every year in Knox alone, with cancer affecting almost every Australian family in one form or another.

The Knox Relay for Life will run again in March 2015, aiming to yet again top the money raised in support of the Victorian Cancer Council.

“I encourage everyone to get involved with a team, or start your own, in next year’s Relay,” Mr Tudge said.