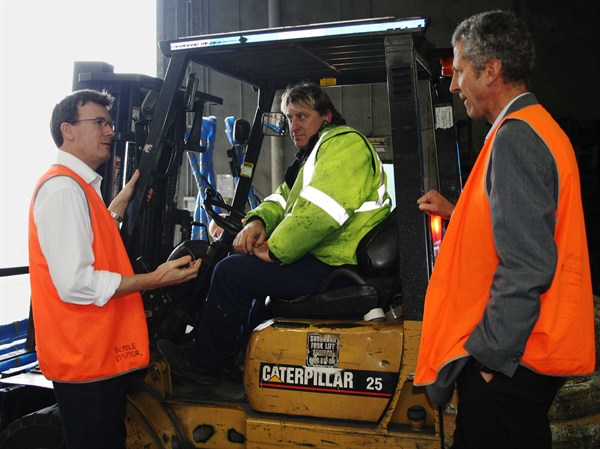 Federal Member for Aston Alan Tudge MP has again called for the Carbon Tax to be scrapped after the Federal Government confirmed that under Labor the transport sector will be hit with as the tax is extended to fuel for heavy vehicles from 1 July 2014.

Extending the Carbon Tax is scheduled to begin July 1 2014 and will add around an extra seven cents a litre to the cost of fuel for heavy transport. This is on top of the Carbon Tax rising today to $24.15 and to $25.40 on the 1st July 2014. The Tax has already increased electricity prices by 10% and gas prices by 9% for all local business and residents.

The Transport Workers Union says extending the tax will add up to $200 a week to a truck driver’s fuel costs.

Mr Tudge said the extension of the Carbon Tax to heavy vehicles would inflict further pain on local manufacturing.

“The Carbon Tax applying to heavy transport from next year will put jobs at risk in Knox manufacturing.”

“Knox manufacturers are already doing it tough so paying more for fuel is the last thing that they need.”

“This has the potential to cost Knox manufacturers thousands of dollars.”

The Coalition will begin the process of removing the Carbon Tax on day one of a new Government.