Knox manufacturers need to be helped not hindered after Ford collapse 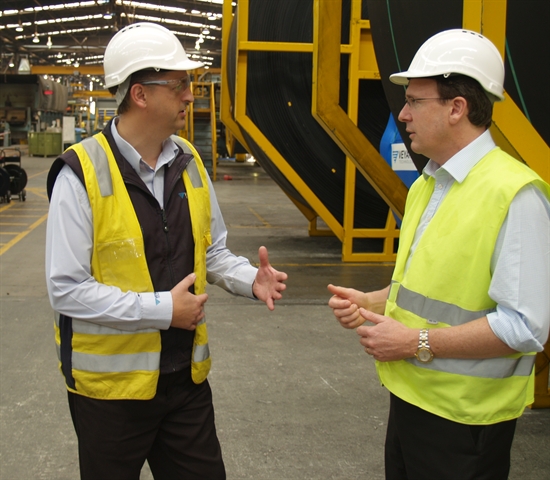 Federal Member for Aston Alan Tudge MP has called on the government in Federal Parliament to do more for the struggling manufacturers, particularly after the collapse of Ford in Victoria.

There are over 1,000 manufacturers in Knox employing over 10,000 people. The recent Ford collapse will directly affect a number of these businesses who rely on the car industry as their primary customer.

In a speech to the House of Representatives Mr Tudge said that he was concerned about manufacturers in Knox.

“Many of the approximately 1,000 manufacturers in my electorate have told me that they are struggling.”

“We recently had GlaxoSmithKline announce the closing down of its tablet factory and the loss of 120 jobs.”

“I’m worried that there will be more Knox manufacturers that close their doors.”

“While no single thing contributed to Ford and GlaxoSmithKline’s decision, the Federal Government has made it much harder to do business.”

“They have introduced the Carbon Tax which raises electricity bills, introduced 20,000 new ‘regulations’ and driven down business confidence through reckless spending.”

“We need to address these issues by abolishing the Carbon Tax, reducing red tape and stop the government waste.”

“Important economic infrastructure such as the East West Link also needs to be built as a priority to help our local manufacturers boost productivity.”