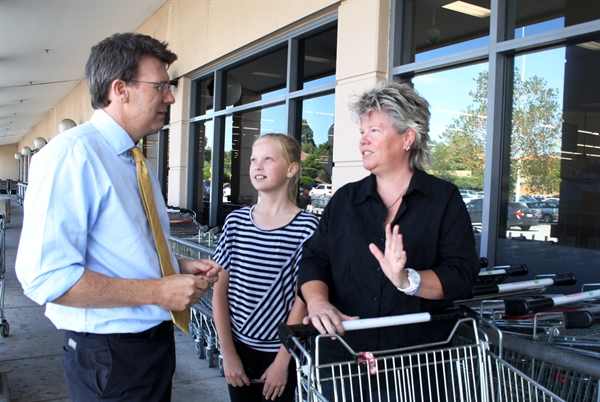 Alan Tudge MP, Federal Member for Aston, says his concerns about the Gillard Government’s health care cuts have been realised with Wantirna Health and the Angliss Hospital immediately cutting services.

Late last year the Prime Minister cut $107 million of health funding from Victoria, including $8.4 million from Eastern Health who operate local health providers including the Angliss Hospital and Wantirna Health.

Eastern Health has now confirmed that local services will be cut. At Wantirna Health five palliative care beds will be closed. The Angliss Hospital will shut five surgical beds. Across Eastern Health there will be a reduction in joint replacement operations and a suspension of bariatric elective surgery. Also affected will be community and mental health programs such as the Crisis Assessment Team (CATT) which services the Knox area.

This is on top of the previously announced cuts to the Royal Children’s Hospital and the Peter MacCallum Cancer Centre, both of which provide critical services to Knox residents.

Mr Tudge said the cuts are irresponsible and will have a significant impact on local health services.

“This Labor Government has its priorities all wrong when it spends $110 million on advertising to sell its Carbon Tax but cuts hospital funding by the same amount.”

“These cuts to vital services will be sorely felt by all Knox residents,” Mr Tudge said.

“Knox will have less hospital beds and reduced services for our growing local population.”

Mr Tudge said he was initiating a petition to present to Parliament calling on the government to reverse its funding decision.

“I encourage all residents concerned about diminishing local health services to sign up and have their voice heard,” he said.

The petition can be signed at Mr Tudge’s office, 420 Burwood Highway, Wantirna South or to download click here.