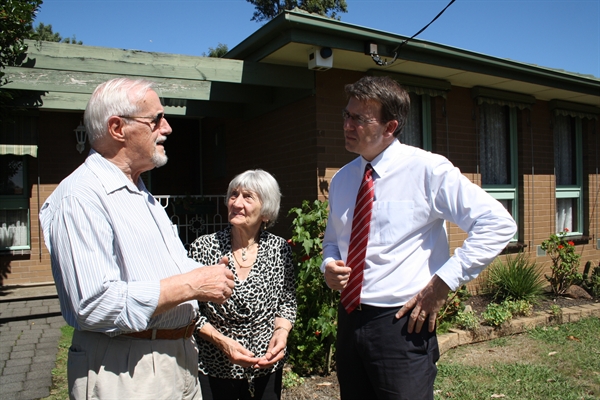 In the Government’s Budget Update late last year, the Gillard Government cut $107 million from Victoria’s health budget in this financial year, including $8.4 million from the local health provider, Eastern Health.

Eastern Health operates two facilities in Knox – the Angliss Hospital and Wantirna Health – as well as other facilities that Knox residents use.

Despite already being well into the financial year, Eastern Health will have to cut their budget, with likely bed closures.

The Peter MacCallum Cancer Centre also has cuts and will reduce beds.

Mr Tudge said it was disgraceful that the Government was cutting funding to vital local services despite wasting millions on other programs.

“The Gillard Government has wasted so much money on pink batts and border protection, that they now have to cut local health budgets.”

“They are cutting hospital beds, but continuing to waste millions on political advertising such as the school kids bonus – a payment that requires no action from families as payments are made directly into bank accounts.”

“Their priorities are all wrong.”