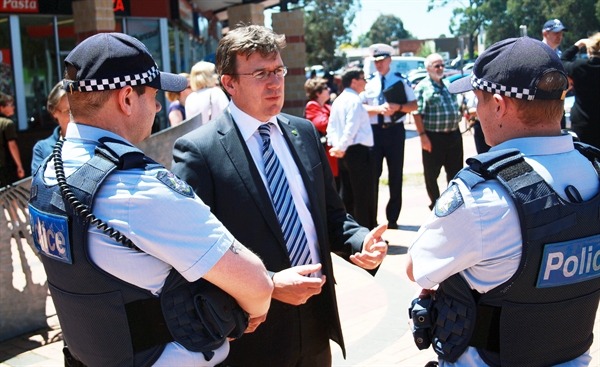 The Federal Member for Aston, Hon Alan Tudge MP, has spoken about the devastating effects of ice in Knox in a speech to Federal Parliament and flagged a local Ice Public Forum.

Mr Tudge recently welcomed the announcement of a National Ice Action Strategy to tackle the growing ice epidemic, calling on locals to provide feedback on how best tackle the epidemic.

Since calling for feedback, Mr Tudge has received hundreds of responses through calls, letters, emails and on Facebook.

“I have received hundreds of suggestions from local people on how to fight the ice epidemic,” said Mr Tudge.

“I recently wrote to the Minister for Justice with some of those suggestions which will directly help the government put together a response to this devastating drug.”

“This drug is an insidious drug. It is killing our young people and it absolutely destroys families,” Mr Tudge told the Parliament.

“One of the biggest problem areas in the outer east of Melbourne is Knox.”

“Twice as many drug offences occurred in Knox compared to the adjacent municipality of Maroondah. Charges from possessing drug manufacturing equipment in Knox have grown from zero to 20 over just the last few years.”

“This is a national epidemic which we must get on top of,” said Mr Tudge.

“I will be hosting an ice forum in my electorate in the coming weeks in order to gather further evidence and information from local people in my community.”

“This will then feed into the National Taskforce.”

Information about the Ice Public Forum will be available on Mr Tudge’s website (www.alantudge.com.au) and Facebook page (www.facebook.com/tudgeMP)