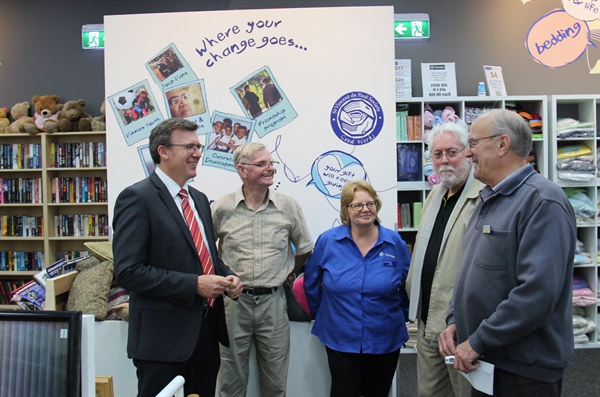 Federal Member for Aston, Hon Alan Tudge MP, is calling for community organisations in Knox to apply for a volunteer grant of up to $5000 to keep up the good work of local volunteers.

The Federal Government is providing the funding under a $10 million Volunteer Grants Round.

The funds help community groups to buy much-needed equipment such as computers, train volunteers or improve fundraising efforts. They can also be used to help with first aid training costs, background security checks or providing transport to volunteers with disabilities who are unable to drive.

Some of last year’s recipients of the Grant include the Boronia and Heany Park Scouts groups, the Wantirna Lions Club, St Vincent de Paul’s, the Hindu Foundation Victoria Australia, and many local sporting groups (such as he Boronia Netball and Soccer Clubs, Special Olympics Australia, and the Wantirna South Football clubs to name a few.

Priority is being given to organisations working in disadvantaged communities, or those affected by national disasters.

“These grants will support our wonderful volunteers who so selflessly make Aston such a wonderful place to call home,” said Mr Tudge.