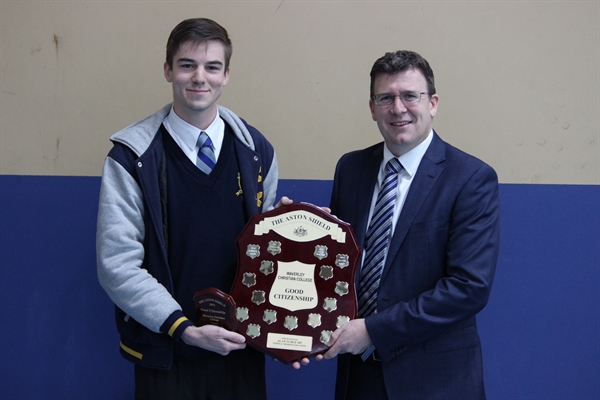 The Federal Member for Aston, the Hon Alan Tudge MP, has presented the first 2014 Aston Shield award to a local student.

Year 12 Waverly Christian College student David Koch was awarded the prestigious Aston Shield award at a ceremony as part of the school’s assembly this morning.

Over the coming months, Mr Tudge will be presenting Aston Shield awards to students across Knox at end of year assemblies and presentation evenings. The Aston Shield is given to outstanding students who are role models for the rest of their school.

David Koch was selected for his broad contribution to the school and wider community.

“Congratulations to David on what is a very deserving recognition of achievement, excellent attitude and a positive contribution to the school community over a number of years,” Mr Tudge said.