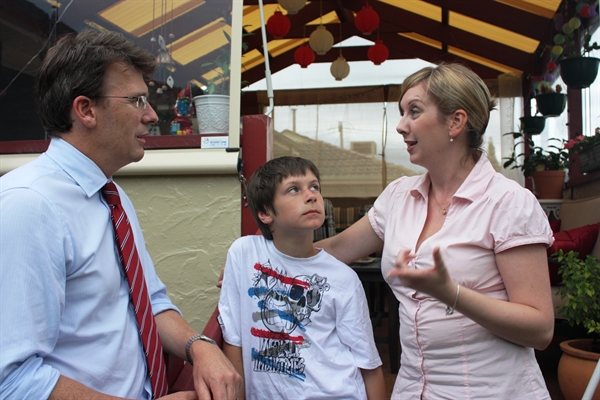 Knox households and families will get another rude shock in less than a month when the carbon tax increases by another 5 per cent on July 1 pushing up the cost of bills such as electricity and gas even further.

“Families, pensioners, retirees and small businesses have all seen their electricity and gas bills rise because of the carbon tax – and they will go up again after 1 July.”

“Australian manufacturers, who all pay the carbon tax, have to compete against overseas companies that don’t pay it.

Mr Tudge said his unequivocal pledge was that Coalition would abolish the carbon tax.

“We will abolish it – it’s that simple. Getting rid of the carbon tax will be the first piece of legislation introduced, if the Coalition wins government.

Mr Tudge said the coming election was a referendum on the carbon tax and a bad government that does not keep its promises.

“The choice in this election is clear: a Coalition government that will abolish the carbon tax, ease cost of living pressures and create more jobs or another three years of a chaotic Labor Government who have will continue to increase the carbon tax.”