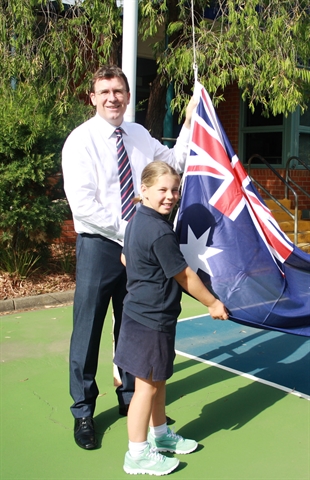 As part of celebrations for Australian National Flag Day, Mr Tudge will be presenting an Australian flag to Waverley Christian College.

Flag Day celebrates the first time the flag was flown over the dome of the exhibition building in Melbourne in 1901, when Australia’s first Prime Minister, the Rt Hon Sir Edmund Barton, announced the winners of a competition to design a national flag for Australia.

“All Australians are encouraged to fly the flag on September 3 to remind us of the common pride we have in our nation,” Mr Tudge said.

“As Australia’s foremost national symbol it is appropriate that we honour the place and importance of the Australian National Flag.”

For information on flag raising protocol or to join the Commonwealth Flag Network visit www.itsanhonour.gov.au