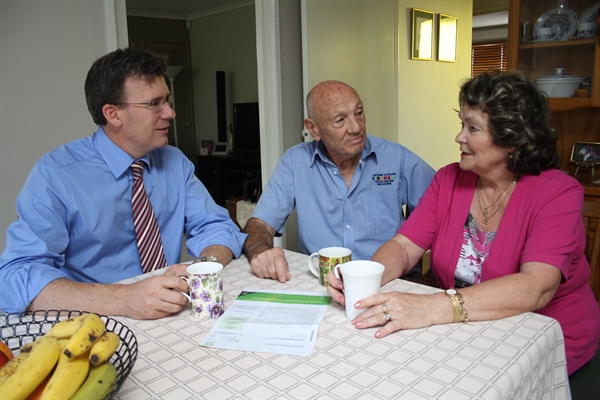 Alan Tudge, Federal Member for Aston says the Federal Labor Government must rule out making any retrospective changes to superannuation.

“We can’t allow Julia Gillard to raid the individual retirement savings of residents in Knox as a way of trying to cover up her budget black hole”, said Mr Tudge.

“As Labor’s own Simon Crean has said, the government shouldn’t be dipping into our savings to pay for their over-spending.

“It makes no sense that Knox residents who are doing the right thing and preparing for their retirement are having their savings raided by a government that doesn’t live within its means.

“When I have talked with local nurses, tradies, police officers, coffee shop owners, and local families they tell me they are concerned about a government that feels it can dip its hand into their retirement savings like Pooh Bear dips his paw into the honey pot.

“We all have to put in to our super funds and we do so knowing the rules.  To make retrospective changes is to destroy confidence in super.  The danger is – if the government can get away with this once, they will try it again after the election.  We can’t let Labor destroy public confidence in super.

“Labor has already cut the amount that can be contributed to super and raised more than $8 billion in revenue from superannuation – and now they are coming back for more.

“The only reason why Labor wants to raid people’s super is because they have lost control of the Budget.  Wayne Swan has delivered five deficits and the Gillard Government is currently spending almost $100 billion a year more than in the last year of the Howard Government.

“With the Federal Government now paying $7 billion a year in interest on their debt you can be guaranteed that a re-elected Labor Government will continue to raid Australians’ superannuation accounts for many years to come.”