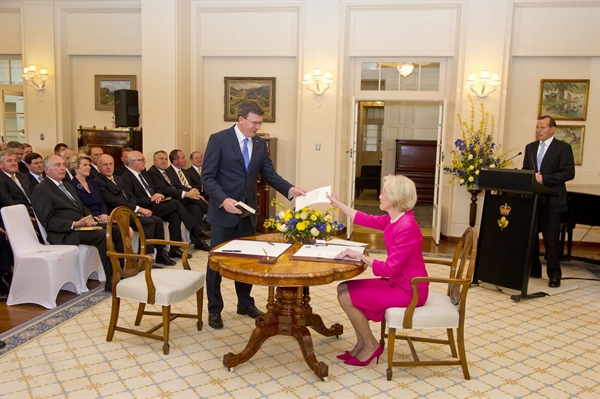 Newly re-elected Federal Member for Aston, Alan Tudge MP, has today been appointed as the Parliamentary Secretary to the Prime Minister.

Mr Tudge will take on the additional role while also continuing to work hard for the local community and deliver on his election commitments on important issues such as community safety, improving local sporting grounds and relieving the cost of living for families by scrapping the carbon tax.

During the campaign Mr Tudge made several key announcements including significant improvements to community safety by investing $200,000 for lighting upgrades, $90,000 for security cameras at local shopping strips and $20,000 to purchase mobile security cameras for Knox police.

Mr Tudge said he was honoured by the new responsibility given to him by the incoming Prime Minister and would be working hard in both roles as the Federal Member locally and Parliamentary Secretary to the Prime Minister.

“It’s a great honour to be given this new role by the incoming Prime Minister. I hope I can make a valuable contribution to the nation in this role.