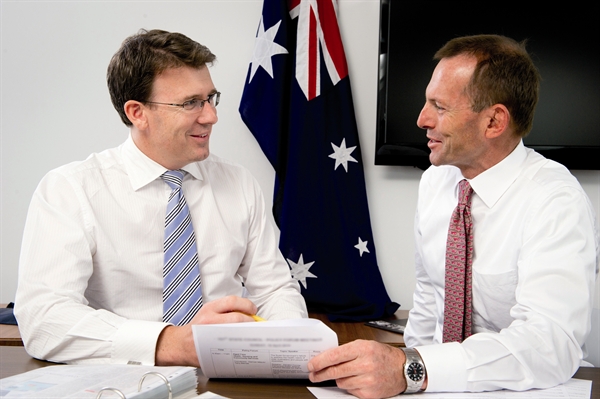 The Hon Alan Tudge MP, Federal Member for Aston, said the Abbott Government’s first Budget is laying the foundations for a strong and prosperous economy with less debt.

“At the election, the Coalition made the solemn promise to get the Budget back under control, as well as scrap the Carbon Tax, end the waste, stop the boats and build the roads of the 21st century.  This Budget keeps that pledge”, said Mr Tudge.

“The Budget is part of the Abbott Government’s Economic Action Strategy to build a strong, prosperous economy for a safe, secure Australia.

“The Government has made the difficult but necessary decisions to put the Budget on a more sustainable footing so that we can all share in prosperity in the future.

“We are all playing a part – because it’s in sharing the load that we lighten the load.

“Labor ran up five record deficits and left $123 billion in future deficits.  If we took no action, debt would have hit $667 billion.  Every month, the government is paying $1 billion in interest costs on Labor’s debt.

“Because of this Budget, Labor’s deficits have been reduced by $43 billion and debt is forecast to be about $275 billion lower in a decade.

Mr Tudge said the Government is honouring its commitment to reduce the overall tax burden – so that families can plan their future and get ahead.

“Every year, the Carbon Tax is a $9 billion hit on the economy and it costs an average family $550.  We will scrap the Carbon Tax.

“Fewer than 4 per cent of taxpayers will pay the new Temporary Budget Repair Levy on high income earners making over $180,000.

Mr Tudge said this is the largest roads Budget in Australia’s history and will help families across Australia spend less time in traffic.

“This record roads Budget will, in part, be funded by the change in fuel excise.  The change will cost about 40 cents a week, depending how far you travel.  The increase in fuel excise will be directed towards road funding.

Mr Tudge said medical research will benefit from the changes to the Medicare Co-payment.  Prevention is always better than cure – and this will become a $20 billion fund in our future health.

“By making the Health system more sustainable and investing in medical research, we are ensuring that Australia remains the best and healthiest place in the world to raise a family and care for loved ones”.