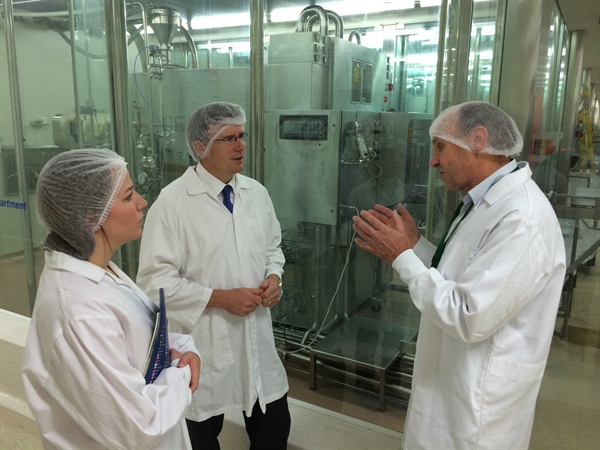 The Federal Member for Aston, the Hon Alan Tudge MP, has welcomed the announcement of a $31 million investment by GSK Australia to expand their manufacturing technology at their Boronia site.

GSK, one of the world’s leading pharmaceutical and healthcare companies, has invested significantly in their Boronia site for over 25 years, making it the company’s largest globally for the production of sterile and non sterile liquid products.

The $31 million expansion will include the introduction of the latest high speed machinery specifically developed for advanced pharmaceutical packaging. The machinery will allow the Boronia site to meet increasing demand from international markets including China, Turkey and Brazil.

“This investment is great news for manufacturing in Boronia.

“Boronia is home to a world-leading pharmaceutical manufacturer and this expansion cements the place of GSK as an important local manufacturing employer.

The $31 million GSK investment in Knox comes on top of other recent major announcements including the $450 million expansion of Westfield Knox and a $180 million upgrade to Knox Private Hospital.

The GSK Boronia site expansion is due to be complete by January 2016.