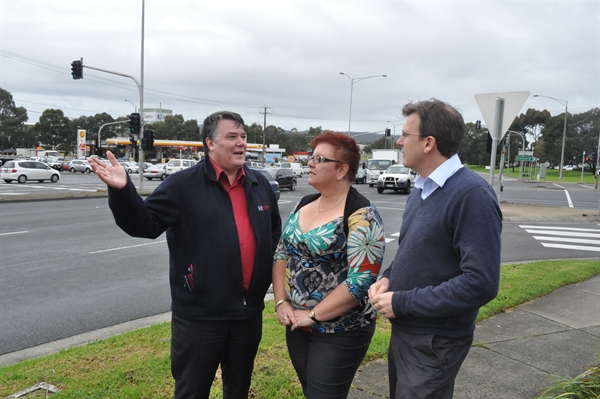 The Federal Member for Aston, the Hon Alan Tudge MP, said the Coalition is delivering $3 billion towards the completion of Melbourne’s vital East West Link project.

Mr Tudge said this budget funding will enable the full East West Link project to be completed, easing traffic congestion on the Monash freeway and providing Knox residents with faster and easier access to Melbourne airport and the city.

“The funding announced in this week’s budget will enable completion of the full East West Link project – a landmark 18 kilometre cross-city road connection extending across Melbourne from the Eastern Freeway to the Western Ring Road.

Mr Tudge has repeatedly spoken in Parliament about the vital need for the East West Link project, outlining the benefits for Knox residents with reduced congestion on the Monash Freeway, Eastern Freeway and local roads.

“Congestion is an increasing problem on Melbourne’s roads and completion of this project will mean that people spend less time in traffic and more time with their families.

“Importantly, not only will the East West Link reduce traffic congestion on Melbourne’s roads and streets, it will also create jobs. Stage one of the project will create 3,200 jobs and stage two will create 3,000 jobs in the construction phase,” said Mr Tudge.

The budget allocates $1.5 billion for each of the two stages of the project. Stage one will begin construction by Christmas this year.