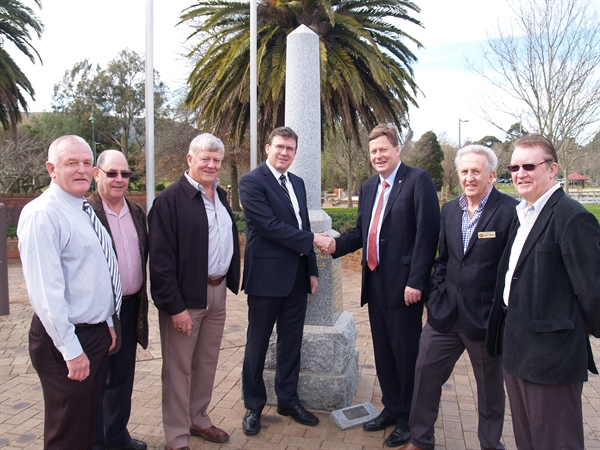 Shadow Minister for Veterans’ Affairs, Senator the Hon. Michael Ronaldson, and Federal Member for Aston, Alan Tudge MP,have announced that a Coalition Government will provide $180,000 to build a Knox Honour Roll Major Memorial at the Arboretum in Ferntree Gully.

The Honour Roll Memorial will recognise the defence force members from the Knox area who have died serving our nation.  At the moment, there is no complete honour roll in the region.

The Memorial would also include tablets providing information about the major conflicts that our servicemen and women have been involved in.

Over the last 12 months, a special Committee established and chaired by Mr Tudge and involving the major service and veterans organisations in the area, has been doing the detailed planning for such a Memorial.

Extensive research to ensure the accuracy of the Roll has been undertaken by the Knox Historical Society.  Knox City Council has generously contributed their expertise to do the detailed designs and costings.  The State Government has committed $10,000 towards its establishment.

Liberal candidate for La Trobe Jason Wood has also been a vocal supporter of the project which will serve residents of both Aston and La Trobe.

The aim is to have the Memorial completed for the Anzac Centenary commemorations.

Mr Tudge said that this investment would ensure that the Memorial becomes a reality.

“We cannot thank and honour enough those people who fought and died for our nation.

“We hope that this will become a significant addition to the existing memorials in our community; something that will be there for generations to come,” Mr Tudge said.

Senator Ronaldson said that the Coalition was proud to support important projects like this that have been developed in coordination with veterans and ex-service organisations.

“I commend those who have contributed to its development to date. This will become a fitting Memorial to recognise those who have made the ultimate sacrifice.”