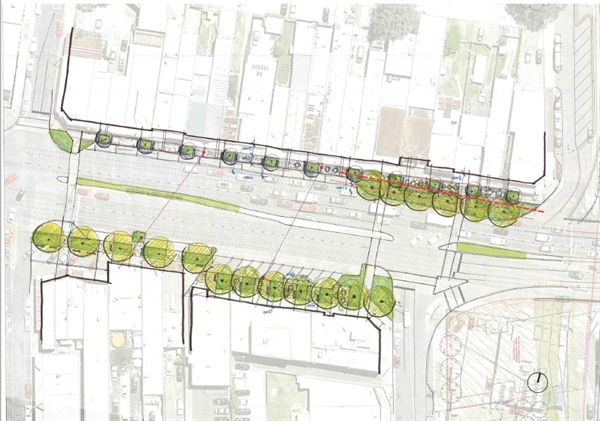 As part of Mr Tudge’s plan to boost local infrastructure, a re-elected Turnbull Government would provide $1.7 million for streetscape and township enhancements for Bayswater.
The funding will include works to improve the streetscape and town enhancements, install feature paving, construct and install new seating and bicycle hoops, new landscaping including trees and garden beds, new public art and infrastructure for outdoor dining areas.

The project would see the streetscape on Mountain Highway upgraded from the kerb to shop fronts between High Street and Station Street.

The works are intended to be undertaken in parallel with the Bayswater grade separation project to be completed in 2017.

Mr Tudge has been working with the local community to improve local infrastructure.
“This is a major new investment in Bayswater,” said Mr Tudge.

“The $1.7 million funding will revitalise the Bayswater area around the shops and station, making it an exciting and attractive place for shopping and dining.

“I look forward to working with Knox Council to deliver the project as soon as possible,” said Mr Tudge.

By investing in much needed community infrastructure like the Bayswater Activity Centre, a re-elected Turnbull Government will deliver jobs, growth and stronger communities.