100 Days to go: Coalition ready to provide the people of Knox with good government 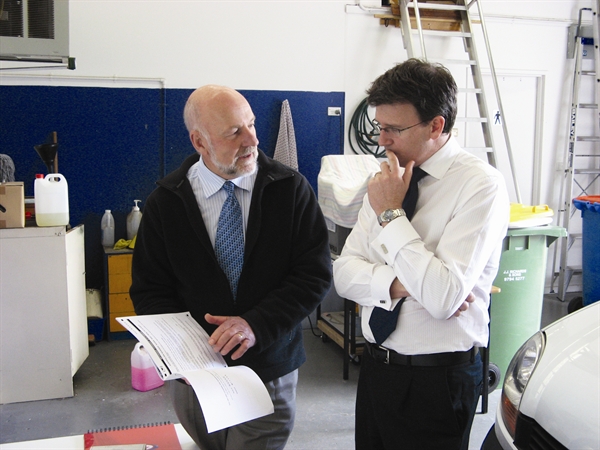 Federal Member for Aston Alan Tudge MP says the next election, due in exactly 100 days, will provide the people of Knox with a clear choice.

“The election will be a choice between the Coalition with its Real Solutions Plan to build a strong, prosperous economy, or another three years of chaos and broken promises from Labor”, said Mr Tudge.

“As I listen to residents at my mobile offices at local shopping centres, schools, sporting grounds and around Knox they are telling me that they want a return to good government.

“They also want a government that has a strong plan to help families with cost of living pressures and creates more jobs.

“The carbon tax will be a big issue, particularly as it is going to go up again by 5 per cent on 1 July.

“If elected, removing the carbon tax will be the first priority of a new Coalition government.”

Mr Tudge said he was talking to people throughout Knox about the Coalition’s plans for a stronger economy with more jobs, higher wages and better services for all Australians.

“It doesn’t matter if you are a student, or parent or older person, you want to be able to plan your future with confidence.  Our Plan allows people to do that.

“We will assist household budgets by abolishing the carbon tax and take immediate pressure off electricity and gas bills.  We will also help families, retirees and pensioners by keeping the tax cuts and pension increases without a carbon tax.”

“Australia needs a Coalition government to provide Australians with the good government that our country deserves.”