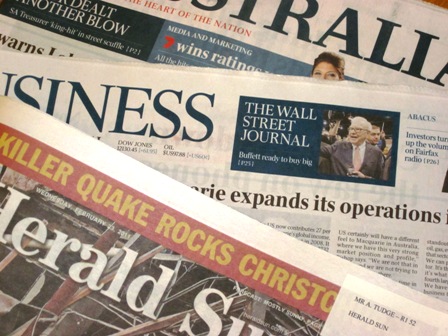 The Prime Minister’s 2011 “Closing the Gap” Statement was passionately delivered earlier this month, but her fine words could not disguise the fact that there is little evidence of progress, and no convincing plan, that gives us hope that next year’s Statement will be any different to this year’s or the one before.

We will be reporting on Indigenous disadvantage to the Parliament in “decades to come”, Ms Gillard acknowledged.

There is no easy solution to the crisis in Indigenous Australia. However, we can make significant progress in this term of Parliament if we are resolute about two things: getting children into school every day, and getting adults into work. If Indigenous Australians achieve these two things, all the rest – housing, health – will largely follow because educated working individuals have the means to solve those things themselves.

The key problems in education and jobs are behavioural more than anything else. Children are not going to school. Capable people are sitting on welfare despite a national labour shortage. The Government finally acknowledged the nature of the problem, but it is failing to decisively address it.

The most serious failure is in welfare policy. Ms Gillard has called for Indigenous people to “take a job where you can find one”, but the government has not backed this strong talk with action. To the contrary, one of the first actions of the Labor Government in 2007 was to instruct Centrelink not to breach anyone living in remote communities for failing to fulfil their Newstart obligations. Later they reinstated CDEP, the indigenous work-for-the-dole scheme, but which is colloquially known as “sit-down money”.

The Government needs to get serious. The starting point is to understand that many capable people remain on welfare because they find the reward for moving to work insufficient, and find a welfare-financed lifestyle satisfactory.

There is some awareness of the first half of the problem. People lose benefits if they take up low-paid work, which means that it is often only marginally beneficial financially to start working. At the same time, however, a person would lose 40-50 hours of leisure time per week and may have to move location. The equation often doesn’t stack up. This point was made by the Business Council of Australia earlier this year and follows work by the Cape York Institute several years ago.

To address this, the Coalition proposes that additional work bonuses be created to make working more attractive relative to welfare. Our policy includes a $2,500 bonus to unemployed young people who hold a job for more than a year and a $6,000 relocation allowance for those who move for work and stay off welfare. To achieve the same goal, the BCA recommended gradual withdrawal of welfare benefits for newly employed. The Government should immediately implement these ideas.

In addition to incentives, the Government should add tougher conditions to welfare in order to ensure it is an option of last resort only. The concern is that welfare is perceived to be a satisfactory life choice in an absolute sense, and so even if work is made more attractive, it may be insufficient to shift large numbers into employment.

Sarah Hudson of the Centre for Independent Studies illustrated this point when noting that a large family could receive more than $60,000 in relatively unencumbered cash when combining family tax benefits, CDEP, and Newstart. A free (or close to free) house can also be part of the mix.

This is not to suggest that families on welfare have a high standard of living. Plainly they do not, particularly those in remote areas. However, the fact that entry level jobs cannot always be filled by capable, local people suggests that welfare is a preferred long term choice for many, rather than a last resort for tough times.

Three measures should be considered to shift this balance.

First, 100 per cent income management should be introduced for unemployed welfare recipients under the age of 25, after a period of say two months. The absence of discretionary cash would ensure that young people (particularly school leavers) would be less attracted to welfare, but would still be protected if they fell temporarily on hard times. Such an approach would be a logical extension to the Government’s income quarantining policies.

Second, the 90 minute rule needs to be examined. This rule provides that individuals receiving benefits need only accept a job if it is within a 90 minute commute of their home. The practical impact of this is that people in more remote communities do not need to seek work outside of their community. Adjusting this rule (particularly for younger adults) would complement the relocation allowances outlined above.

Finally, housing needs to be normalised for Indigenous Australians to what it is to mainstream Australians: a wealth builder and a facilitator of mobility for work. At a minimum, proper mainstream tenancy agreements should be put in place for all public houses. Housing must cease being a part of the passive welfare paradigm.

The precise polices for integrating Indigenous Australians in the real economy needs careful consideration, consultation and trialling. But we must maintain a sense of burning urgency to the problem and we must be resolute in our approach. Noel Pearson once asked: “Who most needs to be encouraged, whether pushed by obligation or pulled by incentives, to take jobs, and who would benefit most? It’s society’s most disadvantaged people. Who is government least willing to encourage into jobs? Society’s most disadvantaged people.”

It is time the Government changed this contradiction. In this term of Parliament.


Alan Tudge is the Federal Member for Aston, and former deputy director of the Cape York Institute.