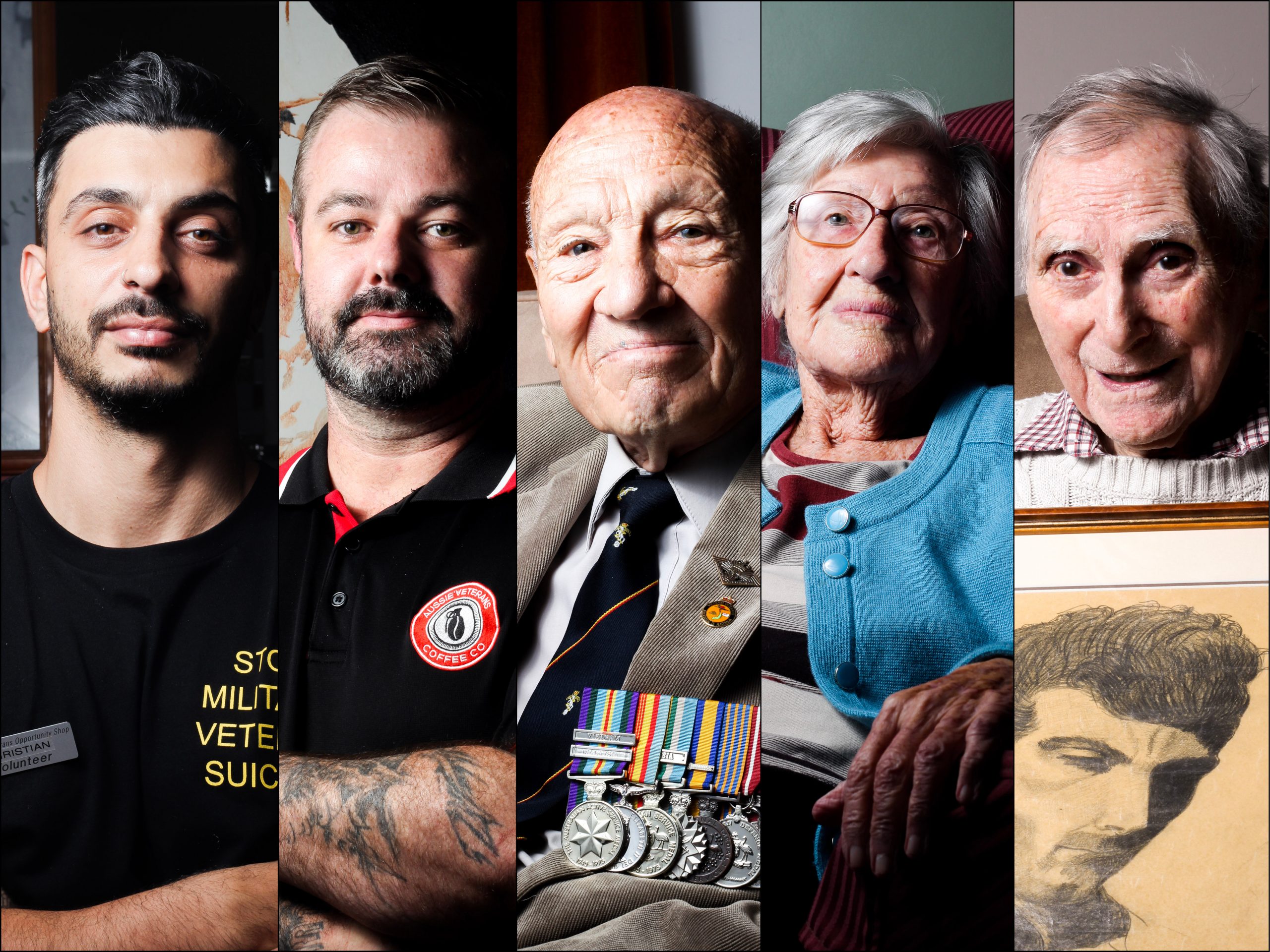 This Anzac Day we are again able to gather at local services to reflect and pay our respects to all our defence personnel who have served our nation.

I wanted to share with you the stories of five local Knox veterans who from World War II to Afghanistan have served to preserve our way of life.

They are all extraordinary individuals who gave so much for their country and our community.

Their stories are similar to the thousands of others in Knox and across Australia who have given service to this great nation.

A man of great courage 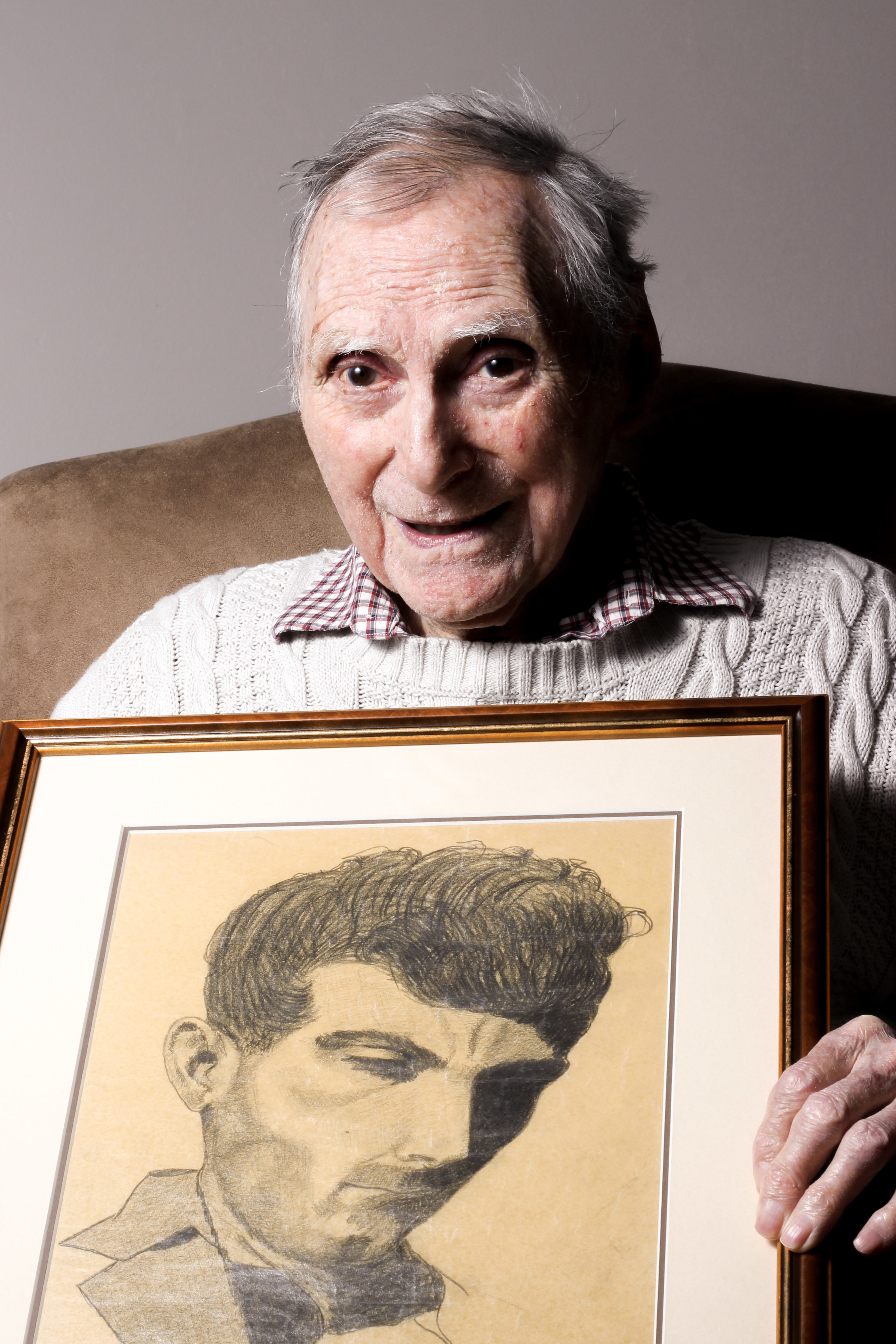 Max Gilbert from Boronia turned 100 the day before Anzac Day and has the most extraordinary story of courage and survival.

He is the only remaining veteran left to have survived imprisonment by the Japanese on the island of Ambon during WWII.

Not many Australians know the story of Ambon, but it is an important one.

In January 1942, Max, with the 2/21st Battalion, was sent to Ambon, off the coast of Indonesia, to defend the strategic island’s harbour and airstrip.

On arrival, the force was split in two with about 300 personnel sent to defend the airfield and the rest, including Max, staying to defend the bay.

This would prove to be incredibly fortunate for Max.

The 1,131 Australians on the island were soon overwhelmed and forced to surrender by a much larger Japanese force.

Max was captured and imprisoned along with 800 other Australians.

He would later discover after the Japanese surrender that 229 servicemen who had surrendered at the airfield were horrifically killed in four separate massacres in February 1942. Not one survived.

Over the next three years, Max was subjected to some of the most brutal treatment experienced by POWs anywhere during World War II.

Of the 528 men who stayed on Ambon (some were taken to another camp) only 119 survived, the rest died of starvation, beatings, overwork, disease, and brutality.

Max credits being quite thin as a factor in his survival. He simply did not need as much food to survive, he reasons.

For many decades Max did not talk about his time on Ambon. He put it behind him and got on with life. Worked hard, built a home, and raised a family.

In the past decade however, he has begun to march at Anzac Day and share his experiences of imprisonment on the island.

His extraordinary story of survival makes the milestone of reaching 100 even more special.

His secret to a long life? Walking.

Max has always had a strict exercise regime and even at 100 he walks every day.

Max, your resilience and courage in the face of the most brutal imprisonment is an inspiration to me and every Australian.

Thank you for your service.

A new generation of Anzac 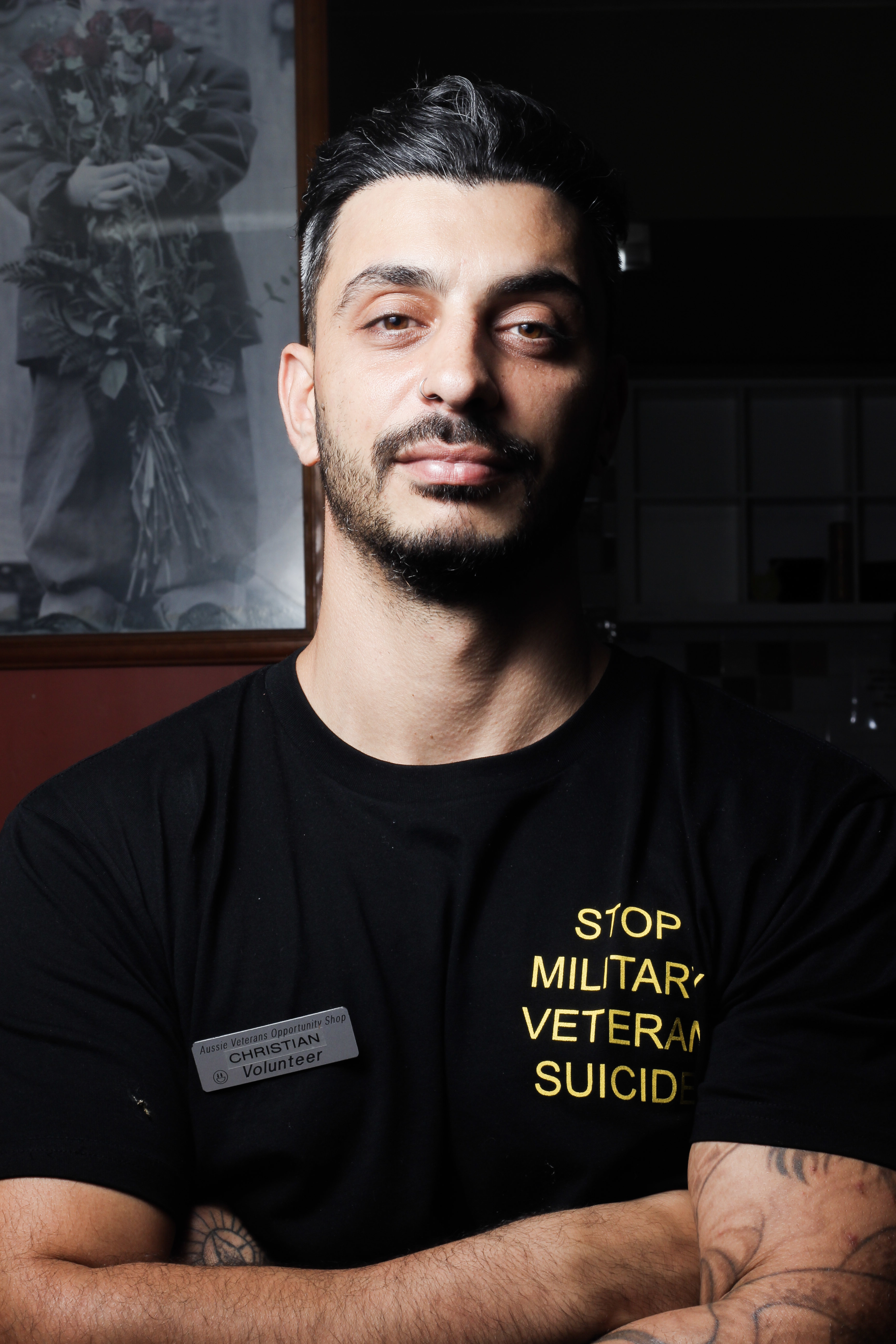 “Australia gave so much to my family, and it [serving] was a way to give back.”

Christian is a RAAF veteran that served in Afghanistan.

For Christian, a descendant of Italian migrants, taking part in ANZAC Day isn’t about him, it’s about showing younger generations that regardless of our origin we all owe our older veterans a debt of gratitude for keeping Australia free.

“I’m not one to wear the medals or my beret, but I do so that the older people see that there’s a younger generation that cares.”

These days, Christian continues to give back to the veteran community by volunteering at the Aussie Veteran’s Op Shop in Boronia.

He is also a passionate advocate for prevention of veteran suicide and sees himself as relatively fortunate in his transition into civilian life.

“I was lucky that I joined quite late, so I had a life before military, so coming back to a civilian [life] wasn’t such a hard transition for me.”

He knows many, though have not been as fortunate.
“I think as a society we need to become more aware of situations. War isn’t a Hollywood movie and when people come back, they bring it back with them.

“It’s [struggles with mental health are] coming from a place where you have this greater purpose to literally nothing.”

“Just because you’re not over there doesn’t mean you’re not a part of it.” 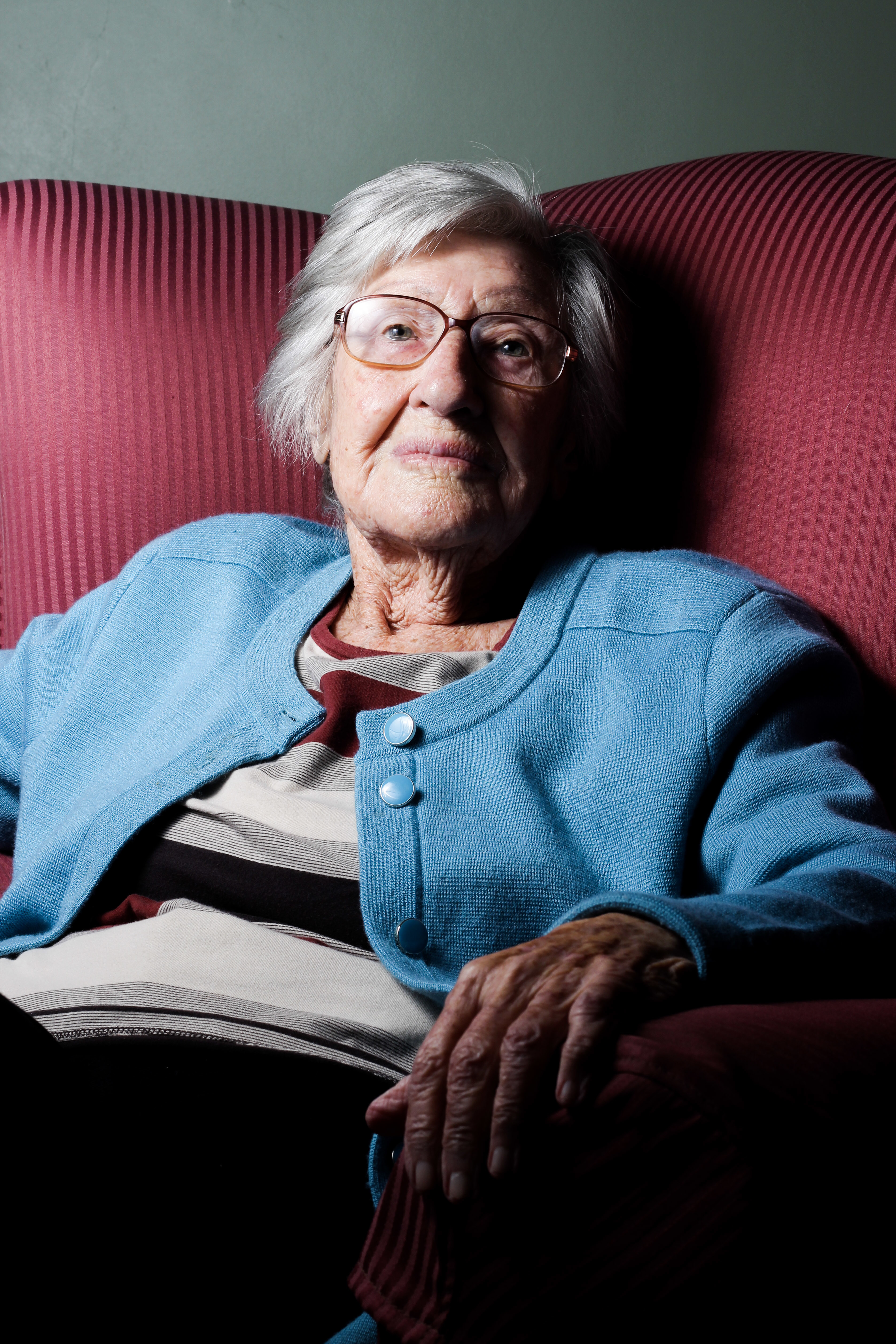 Doreen from Boronia is a local WWII veteran with an eternally optimistic spirit.

Doreen was born in London in 1922 and at 19, Doreen joined the National Service and worked as a stenographer during WWII in the offices of the US Army.

London was under constant threat of attack at the time and she was soon evacuated to Cheltenham in the west of the country where she worked until the end of the war. She has fond memories of her time there and of attending dances with the American troops.

Her work at the time was top secret and the few photos she kept still have the bold ‘CONFIDENTIAL’ stamp printed across the back of them.

After the war she married and moved to Australia with her husband where she continued to do the same work she did throughout the war.

“I was always able to get jobs because stenographers were in very short supply. I could have got six in a day if I’d wanted to!”

For Doreen, ANZAC Day means a lot to her because she feels very honoured to be able to take part.

She says the day that the local RSL allowed her to join as a member was one of the proudest of her life.

Thank you for your service, Doreen. 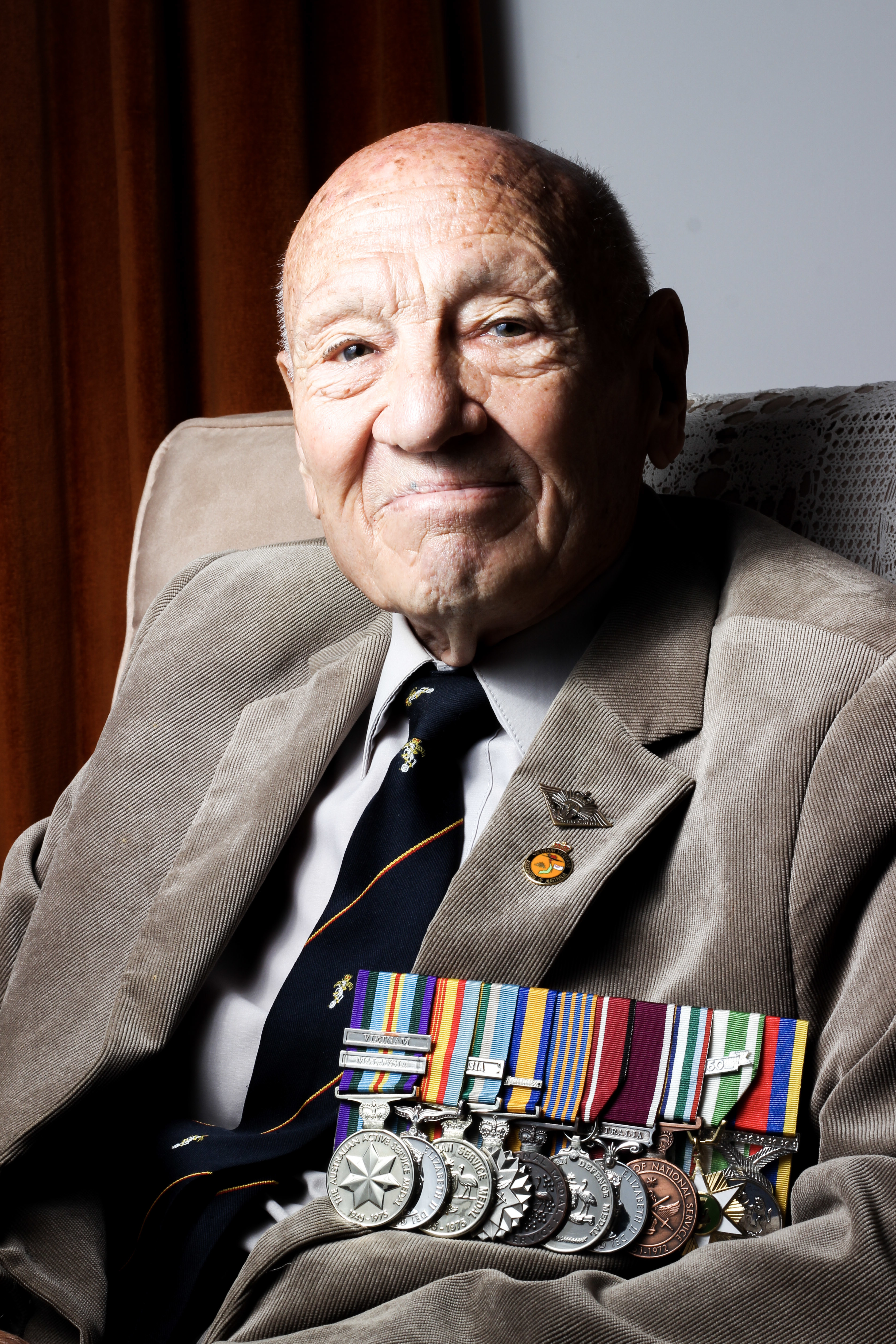 First, fleeing as a refugee from Italy in the 1950s and then serving in the Australian Army for 21 years, Rocky knows the meaning of freedom and the price it costs.

Rocky came to Australia with his family at the age of 14 fleeing the Yugoslavian conflict in north-eastern Italy. He quickly adapted to the “Aussie” way of life and started a motor mechanic apprenticeship before being called upon for National Service.

Enjoying this experience, he joined the army and served for 21 years with a tour to Vietnam and multiple deployments to Malaysia, during which time he raised three girls with his lovely wife Bev.

Rocky was a technical support officer during the Vietnam war which meant he was responsible for ensuring that all war zone vehicles were in first class condition.  While he was not on the front line, he said his experience in Vietnam was tough and many men came home with significant trauma following their deployment.

Thank you for your service, Rocky.

A fighter for veterans 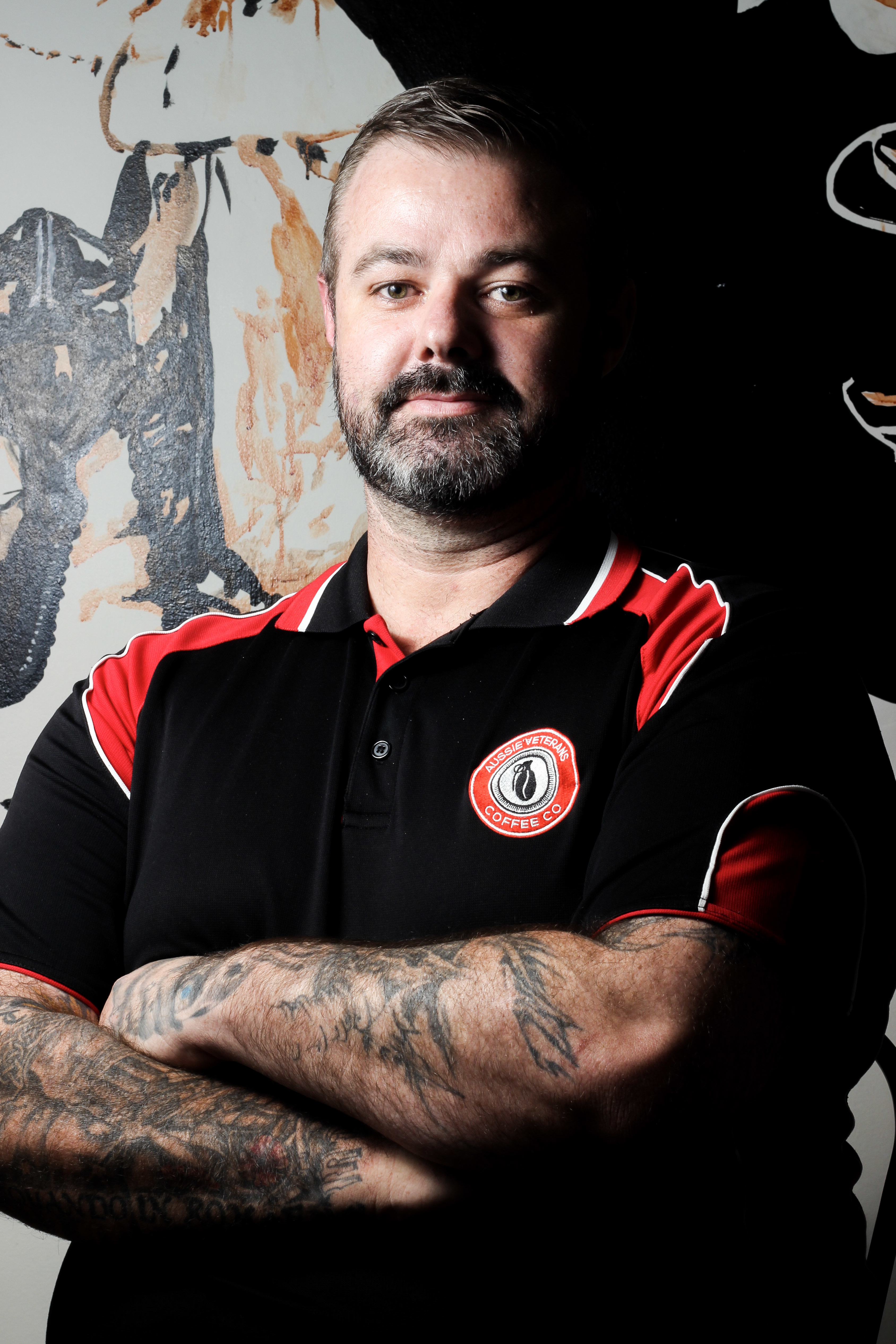 John is a veteran, making coffee for a cause.

He is the owner of Aussie Veterans Coffee Co in Boronia

After serving in the Army in East Timor and being medically discharged, John set up the Boronia coffee shop as a social enterprise to provide fellow veterans with employment and support.

“I’ve found it works because with an RSL it’s very formal, where here they can just come and grab a brew and some just come out the back and chat to me while I’m working.”

The coffee shop enables John to fund other veteran support and advocacy programs and is a steppingstone in establishing what he hopes will one day be a dedicated health and wellness hub for veterans.

Anzac Day for John is often a low-key event. This year he will attend a local service with his young family and remember those veterans he has lost to suicide in his role as an advocate.

Other years, when his army friends are down from up north, it’s a great opportunity to catchup and reflect on their shared experience. Their mateship is still as strong as ever.

John is unwavering in his commitment to assist veterans and bring about change in mental health outcomes. He is a remarkable person doing great things for the veteran community.

If you want to find out more about John’s work, please visit www.aussieveteranscoffee.com