God important to Gillard? You wouldn’t read about it 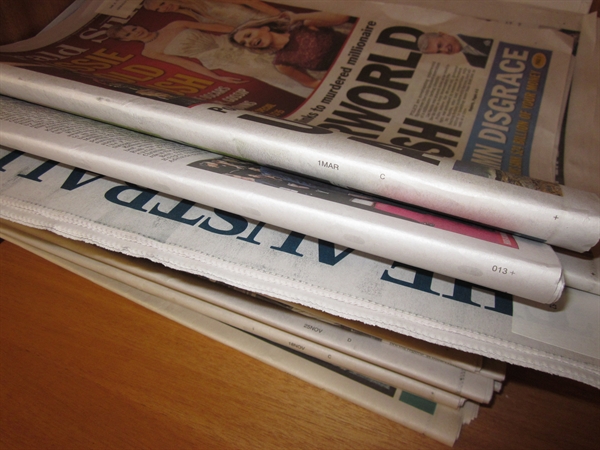 PUBLISHED IN ‘THE PUNCH ‘.

This is a joint submission by Christopher Pyne MP, Shadow Minister for Education, and Alan Tudge MP. Federal Member for Aston.

As is often the case, the Gillard Government says one thing and does another. If Julia Gillard thinks that people should know their Bible stories because they have “formed such an important part of our culture”, then she should make sure we have a national history curriculum that doesn’t try to hide and deny our western Christian roots.

Apart from the Prime Minister’s jargon about deconstruction, all sensible people would agree with her statement.

Why then isn’t the Gillard Government giving Australian students the keys to understand Christianity, Western culture and literature, and Western civilisation generally in the draft national curriculum?

If the Prime Minister truly believes what she says in the TV studio, she would make sure the draft history curriculum tells a story how Australia became a free, tolerant, and prosperous country.

The current draft does not, which was succinctly shown in a new book by the Institute of Public Affairs published earlier this year.  The book, The National Curriculum – A Critique, observes that the key revolutions that make our Western culture and civilisation what it is today are “virtually absent from the national curriculum as it is currently conceived”. This includes the Roman conceptions of individual rights under law, the role of Christianity in shaping our values as well its role in education and hospitals, and the development of liberal democracies and capitalist society. These are the foundations of our modern world.

It is easy to take our freedom and prosperity for granted, but they are no accident. Apart from our natural resources, we have no peculiar advantage over other countries that do not share similar freedoms or wealth. Despite our moniker, we were not simply the “lucky country” to have had tolerance, equality of women, and freedom of religion deemed upon us.

Now more than ever it is particularly important to understand the concepts of western civilisation and Australia’s inheritance of it and contributions to it. Some strains of extreme Islam are the antithesis of our society, particularly in the treatment of women, the freedom of worship, and the primacy of parliamentary law. Similarly, communist China is rising on our doorstep and having a greater influence over our region. We need to understand how it is that our society is different to non-western societies.

As the Coalition has pointed out, the big problem with the curriculum is the piecemeal nature of the narrative or the complete absence of a narrative. If there is any line of thought discernable in the curriculum, it is probably one that is informed by a feeling of guilt over western history.

Perhaps the Prime Minister’s new insights into the importance of students understanding the foundations of our culture provides an opportunity to review the draft curriculum thoroughly before it is too late. The introduction of the curriculum is now deferred until 2013, so there is time.

If Ms Gillard does this, then she will achieve bi-partisan support. Reaching a broad community consensus about the framework and themes of the national history curriculum should be her objective.

It should address the question: what has made Australia the society that it is today? If we achieve a consensus of these matters, then we can have confidence that not only will our students be well prepared to understand our society and participate fully in it, but that successive governments will support the national curriculum without constant change to it.